Having directed only five films over a twenty-year period, Jiang Wen can nevertheless be considered one of the most accomplished Chinese directors today. A bit of a history buff, he has specialized in creating innovative representations of various traumatic events in 20th century China, such as the period of warlordism in the 1920s, the Second World War, and the Cultural Revolution. Unexpectedly sophisticated, darkly humorous and frenetically energetic, his films have managed to please a mass audience in China and critics overseas in a way paralleled by few modern directors.

This term, the CCS Film Screenings will look back at Jiang’s first three films. We will start with his second work, “Devils on the Doorstep” (2000), an unconventional depiction of the Second World War that was banned in Mainland China. Next, we look at two films on the Cultural Revolution: “In the Heat of the Sun” (1994) and “The Sun Also Rises” (2007). This is a period that Jiang Wen himself lived through, and that has had a profound effect on his cinematic practice. Controversial and thought-provoking, Jiang’s films invite us to reflect on the nature of history, memory and their relationship to the present. 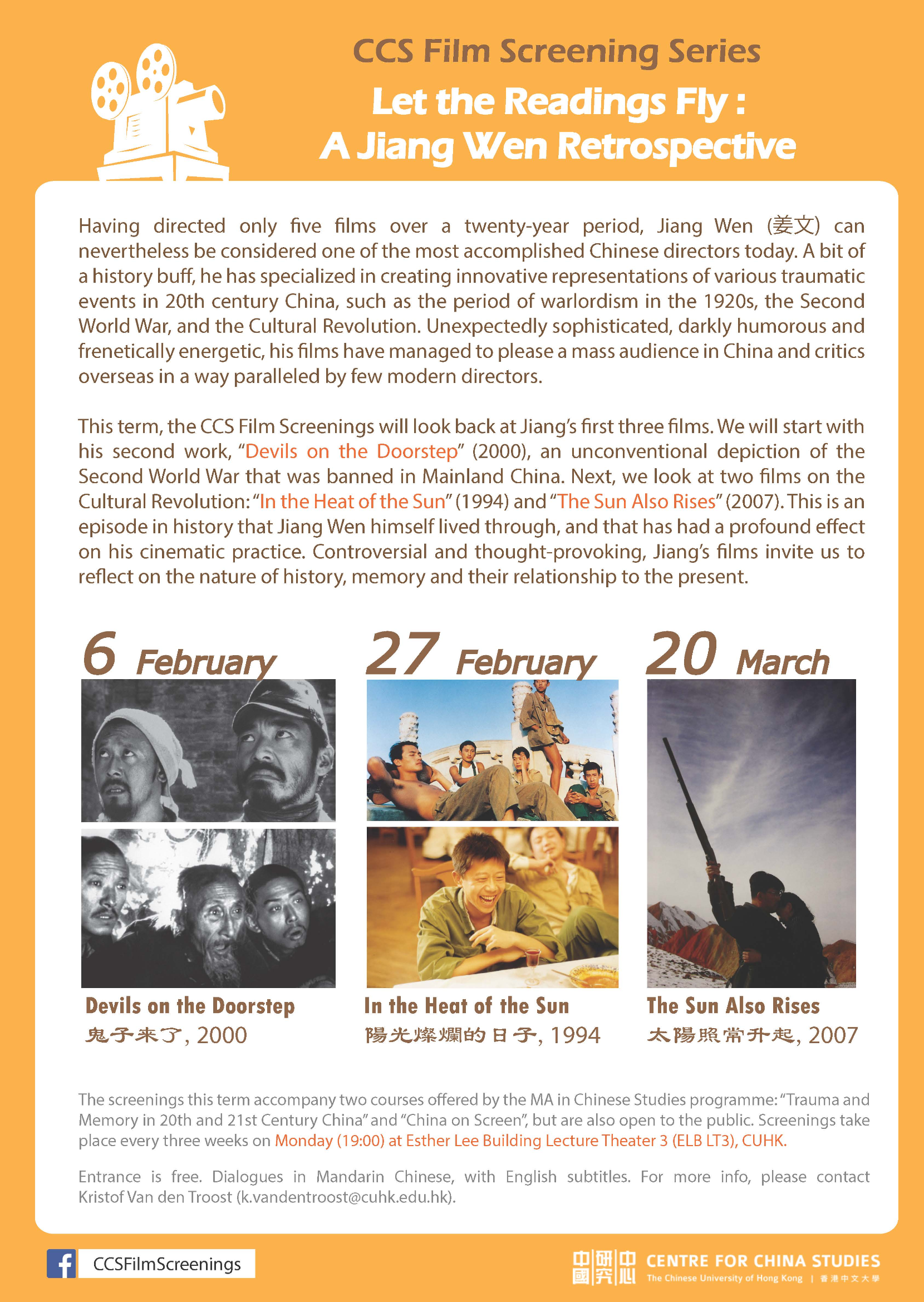